1993 128 min
Veteran Secret Service agent Frank Horrigan is a man haunted by his failure to save President Kennedy while serving protection detail in Dallas. ...
ActionCrimeDramaMysteryThriller

2018 109 min
A picture-perfect family is torn apart after Tyler finds a cache of disturbing images in his father’s possession. He begins to suspect that the ...
CrimeDramaHorrorMysteryThriller 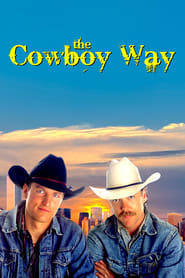 IMDb: 5.3 2012 83 min
A young woman’s arrival sparks a surge of energy into a laid-back, artistic Los Angeles household, forcing the residents to confront their own ...
Drama

IMDb: 4.5 2014 92 min 6 views
Teenager Rick Stevens is willing to do whatever it takes to win the heart of Nina Pennington. He’ll have to deal with his best ...
Comedy

IMDb: 6.1 2014 110 min 8 views
Jacq Vaucan, an insurance agent of ROC robotics corporation, routinely investigates the case of manipulating a robot. What he discovers will have ...
Science FictionThriller

IMDb: 5.6 2015 96 min 6 views
A Foreign Service Officer in London tries to prevent a terrorist attack set to hit New York, but is forced to go on the run when she is framed ...
ActionCrimeThriller

IMDb: 6.5 2013 120 min 14 views
When the White House (Secret Service Code: “Olympus”) is captured by a terrorist mastermind and the President is kidnapped, disgraced ...
ActionThriller