IMDb: 6.3 2021 100 min
A teenage murder witness finds himself pursued by twin assassins in the Montana wilderness with a survival expert tasked with protecting him – ...
ActionDramaThriller 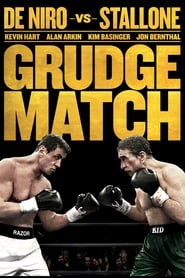 IMDb: 6.4 2013 113 min
A pair of aging boxing rivals are coaxed out of retirement to fight one final bout — 30 years after their last match.
Comedy

IMDb: 7.7 2015 105 min 3 views
Greg is coasting through senior year of high school as anonymously as possible, avoiding social interactions like the plague while secretly ...
ComedyDrama

IMDb: 6.2 2015 96 min 11 views
Young Cole Carter dreams of hitting the big time as a Hollywood disc jockey, spending his days and nights hanging with buddies and working on the ...
ComedyDramaMusicRomance

IMDb: 7 2016 78 min 21 views
Robin is sent by Batman to work with the Teen Titans after his volatile behavior botches up a Justice League mission. The Titans must then step ...
ActionAnimation

IMDb: 7.3 2016 128 min 23 views
As a math savant uncooks the books for a new client, the Treasury Department closes in on his activities and the body count starts to rise.
CrimeDramaThriller

IMDb: 7.3 2017 121 min 7 views
A newly-released prison gangster is forced by the leaders of his gang to orchestrate a major crime with a brutal rival gang on the streets of ...
CrimeDramaThriller

IMDb: 7.6 2019 97 min 19 views
A down-on-his-luck crab fisherman embarks on a journey to get a young man with Down syndrome to a professional wrestling school in rural North ...
AdventureComedyDrama

IMDb: 8 2017 68 views
A former Marine out to punish the criminals responsible for his family’s murder finds himself ensnared in a military conspiracy.
Action & AdventureCrimeDrama

IMDb: 7.6 2017 113 min 30 views
After being coerced into working for a crime boss, a young getaway driver finds himself taking part in a heist doomed to fail.
ActionCrime

IMDb: 7.6 2015 122 min 27 views
An idealistic FBI agent is enlisted by a government task force to aid in the escalating war against drugs at the border area between the U.S. and ...
ActionCrimeThriller

IMDb: 7.6 2014 135 min 18 views
In the last months of World War II, as the Allies make their final push in the European theatre, a battle-hardened U.S. Army sergeant named ...
ActionDramaWar

Night at the Museum: Battle of the Smithsonian (2009)

Night at the Museum: Battle of the Smithsonian (2009)